Tuba or not tuba: That’s the holiday question

Portland’s 29th annual Tuba Christmas boomed and rumbled over Pioneer Courthouse Square in the center of downtown on Saturday, and to tell the forlorn truth, I’d forgotten all about it. Fortunately for the world in general and ArtsWatch readers in particular, K.B. Dixon had not.

Dixon, my friend and a frequent ArtsWatch contributor, is an enthusiast of the sort of odd creative compulsion that struts proudly just a little to the side of the workaday world. He believes it’s part of the joy and generosity of life to hurl himself into the midst of such wonders – things like carousel museums, vintage car and airplane collections, Day of the Dead celebrations, Saturday Market, coffeehouse culture, roadster shows – and record them in visual images for the rest of the world to see and appreciate for what they are: the quirks and passions and alternate pathways that create a life well-lived.

In addition to being a fine photographer, Dixon is a novelist and essayist, and in a photo essay last December for ArtsWatch he explained the basso profundo allure of Tuba Christmas. “Improbable as it sounds (pun intended), Tuba Christmas is a real thing,” he wrote. “An inspired creation, it is a mix of Santa Claus and Surrealism. An annual event in Portland since 1991, it features some 300 or so tubas galumphing their way through the Christmas songbook—Hark the Herald Angels Sing, O Come All Ye Faithful, The First Noel, etc., etc. It is a performance-art piece transfigured by the comedy of its cockamamie premise into an old-fashioned bit of mainstream fun.

“This showcase for big winds was originally conceived (in what must have been a psychoanalytically significant fever-dream) by Harvey Phillips, ‘Titan of the Tuba,’ in New York in 1974 as a tribute to William Bell, his teacher and mentor. Initially a sort of public-relations stunt to gain the poor old put-upon tuba (the Rodney Dangerfield of the brass section) a little harmless recognition, it evolved quickly over the years into a national phenomenon. There are Tuba Christmases everywhere now from Kennebunkport, Maine, to Elkhart, Indiana, to Sacramento, California. Mr. Phillips—the first tubist to be inducted into the American Classical Music Hall of Fame—was dedicated to this sea-creature of an instrument. … The sound of B-flat thunder rumbling slowly up through 18 feet of intestinal tubing on its way to Frosty the Snowman will put a smile on even the most curmudgeonous face.”

Truth be told, my overlooking of this annual extravaganza of the lower registers is both surprising and nigh unto unforgivable, because the tuba and I go way back: It’s like forgetting a wayward and slightly tipsy yet generous and loyal favorite uncle. And it’s a matter that Dixon, when he sent these photographs to me on Saturday evening, did not forget. “Since you came out of the closet as a tubist last year (without losing too many friends I hope) I thought you might enjoy these,” he commented breezily, recalling our conversation during the editing process. “They were taken at today’s sonic extravaganza. If you want to stick some sort of intro defending the honor of tuba nerds everywhere on the front of these you are welcome to use them as you see fit.”

Well, all right. I was introduced to the instrument as a plausible way of musical life deep in the midst of a former century, in a junior-high band class, when it became inescapably apparent that, although I could easily master the third and second parts of the scores I’d been playing since third grade on my cornet, my embouchure simply wasn’t up to handling the soaring first-part high notes that I so longed to play. As it happened, my band teacher was lacking a tubist that year, and so decided to turn me into one. (He was also very much a marching-band sort of guy, and so the tuba that I played was the Sousaphone – named for the March King, John Philip Sousa – a coil of tubing that wrapped around your shoulders and allowed you to march, uphill and down, in thick and sweaty woolen uniforms in midsummer civic parades across the regional map.)

I took to the thing, apparently, quickly and easily, like a blowfish to the deep blue sea. I soon became convinced that the laying down of the bass line – the steady beat, the home base, the anchoring lifeline for the showier and more celebrated instruments that might otherwise become untethered – was the vital building block for the whole musical structure, and that if it failed the house would come tumbling down.

It’s not that I didn’t still desire a little limelight. The high point of my tuba career came when, if I recall right, I was in the ninth grade and played a tuba solo to piano accompaniment at a county music contest. The piece was called Peony (or maybe Peonies; I can’t remember which) and it tripped flightily across the musical stage like the dancing hippos in Fantasia. I can still remember the lilting ka-thump of the melody: Pum-pum-pum-pum-pum-pah. Pum-pum-pum-pum-pum-pah. Pum-pum-pum-pum-pum-pum-pum-pum-pum-pum-pum-pum. Pum. Pah! I made it through with only one flub (a B-flat where a B-natural was called for, if I remember right) and took my bow. My performance so tickled the jaded sensibilities of a reporter for the local newspaper who’d been assigned to cover the contest that she decided to focus her story on me and my family. What do you think of your son being a tuba prodigy? she asked my mother, who replied, in a burst of what I prefer to think of as wry humor, that she was thrilled, because when I played the cornet I practiced it at home, but the Sousaphone was too big to bring home, so I had to practice at the school.

I kept the tuba up through high school, but also, in my sophomore year, began to play the string bass when a new music teacher, who’d toured in jazz bands before deciding to teach, started a school stage band. Soon I was listening avidly to such masters as Ron Carter and Charles Mingus, and starting to play pickup gigs around town, and suddenly walking around with a little cash in my pocket, the sort of foldables that the Sousaphone never brought. My bass helped pay my way through college, in everything from piano trios to jug bands to bluegrass and folk groups to dance and jazz combos. I even, with an acoustic folk and funk band fronted by a terrific bluesy singer named Sally, played a big outdoor rock festival on a farm, where we were scheduled to go on at 11 p.m. but didn’t make it onstage until 3 in the morning, when most everyone was trying to sleep. In the process of this peripatetic musical life I had the thrill and privilege of playing with a lot of musicians who were considerably more talented than I was.

I kept playing after college, too, though less often as writing became to claim more of my time. At one point a pianist friend offered me a job as bassist in a trio he was putting together to be the house band in one of the back bars of a Reno casino, and I thought about a second and a half before saying thanks, but no thanks: If that was the direction my musical career was heading, I decided, maybe it was time to get out. When, a little later, I moved cross-country to take a newspaper job in Upstate New York (was it any wonder that Sousa’s The Washington Post march was one of my favorite tuba tunes?) I worked a 4-to-midnight shift – prime music gigging hours – and that was pretty much that.

Still, the memory lingers on. As it does, I imagine, for those 300 tuba players who showed up Saturday in Pioneer Square to bring a little low-key musical entertainment to the holiday crowds and keep their licks in on the Great Brass Blaster. I haven’t had access to a tuba in decades, and I’m pretty sure that by this point my lip is shot. But what fun it must be to surround yourself with like-minded musical nerds and make a joyful noise! On, Dasher and Dancer and Prancer and Vixen. On, Wise Men and Angels and Santa Babies. Rumble away, in a mighty thrum. Be the stars you were meant to be. Allow me to tell you, as a long-lapsed member of the club, how deeply I admire your continuing dedication. And thanks for the memories, if only second-hand. See you next December, when Portland Tuba Christmas turns 30, if I don’t forget again. 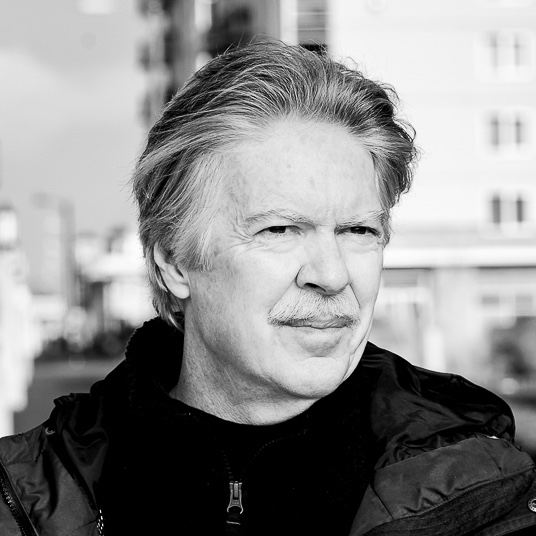