Well, we made it. Hello, 2019. While some galleries are still shaking off their holiday hangover, there’s still good stuff to see. If you’re making new year’s resolutions, why not resolve to see more art in person! Some good shows are closing soon, so take this chance to see them before they go. Besides the ones listed here, make sure to check out the closing events at PICA’s Abigail DeVille show—two film screenings feature a local documentary about police violence and independent films from houseless youth. And if you haven’t had your fill of New Year’s celebrations, the Portland Japanese Garden will host an evening of music, games, tea, dancing, and performance for Japanese new year on the 13th. Also worth celebrating: five Portland artists have received the prestigious Painters and Sculptors grants from the Joan Mitchell Foundation. Congratulations to Addoley Dzegede, Lisa Jarrett, Elizabeth Malaska, Wendy Red Star, and Blair Saxon-Hill.

There’s still time to catch this exhibition of, as Laurel Reed Pavic noted in her ArtsWatch review, “calligraphic texts, imaginary portraits of poets, monochrome ink paintings, and landscapes from the eighth through the twentieth century,” all drawn from the collection of Mary and Cheney Cowles. Maribeth Graybill, the Curator of Asian Art at the Portland Art Museum, calls the collection “without question one of the finest collections of Japanese art in private hands.”

Bursting with color, these collages, photogravures, and wood prints by German artist Christoph Ruckhäberle evoke a bustling world of shapes and figures. Many of the prints come from some process of recycling, whether it’s taking material from paintings made by Ruckhäberle or creating collages from makulatur, a German word that refers to wastepaper from test prints. This small, lively show should be a nice shot of color in the midwinter months. 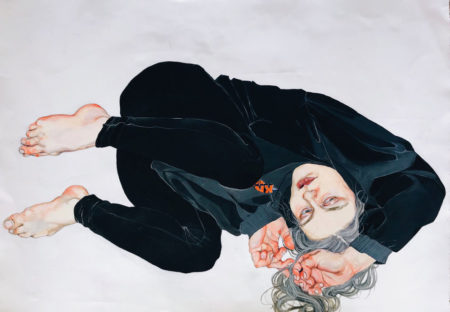 Stalwart of the Portland art scene since 1979, Blackfish Gallery is member-owned and operated by artists representing a broad spectrum of the local art community. This annual show highlights recent work by each current member, and kicks off the 40th anniversary of this community hub for countless regional artists.

UK artist Rebecca Reeve brings a show of photographs of eerie, beautiful landscape interventions to Portland for her first solo exhibition at Upfor. Painting directly onto portions of the landscape or elements within it. Reeve returns to the same sites over and over, describing it as “watching the change in seasons and the earth breathe.” This allows her to develop a relationship with the area that informs her final photos, which represent a patient collaboration between Reeve and the light, flora, and natural elements of the landscape.

Regional artist Joanna Bloom’s first exhibition at Adams and Ollman “elaborates upon her experiments with the ritual forms of the trophy and the bowl.” These chunky, enigmatic ceramic sculptures draw on the right history of self taught art, ceremonial objects, and the landscape of the Pacific Northwest. Crowns, bowls, floral shapes, and other loose and lovingly-sculpted forms play with associations of achievement, glory, and recognition while reveling in imperfection and rough-edged personability.

This vibrant mixed-media installation weaves the real-life stories of “nine elders from Portland’s Chinatown/Japantown” from a collection audio recordings, images, and animations. Yarne explores representation, local history, and community memory in the second- and third-hand stories that she’s pieced together in this altar to local mythology. A very long list of contributors and collaborator helped produce the three video pieces in the show Don’t Forget Who You Are Or Where You Are From, Digital Collage Power Portraits, and Power Shirts.

The newest recipient of the Stumptown Artist Fellowship, Bernstein is known in Portland for her ebullient, spare and gestural abstract paintings. The title of her exhibition comes from a French expression meaning “between the dog and the wolf.” While it usually refers to the time of day between dusk and night, Bernstein employs it here to describe our current era, which she calls a “divided time of possible selves.” To her it symbolizes “an investigation of an indiscernible time of light and darkness, a time of unimaginable metamorphosis and imminent revolution whose direction is not totally clear.”

Correction: An earlier version of this story reported that an exhibition of work by Hank Willis Thomas is at the Portland Art Museum. In fact, that show will open October 5. 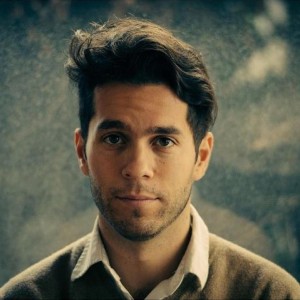