You have to evoke the feeling: How composing freed Nancy Ives

The acclaimed Portland composer and cellist discusses her creative renaissance

It’s Friday, January 14, 2022, and I’m talking to composer-cellist Nancy Ives about her past, present and future works. As our conversation begins, her mind drifts back to the late eighties and early nineties, when she was a freelance chamber musician in New York City.

“[In] the music scene, there was that division between uptown and downtown—very dominated, at least in my world, by the uptown styles, which were…very cerebral, very abstract,” Ives says. “And I kind of got burned out and went downtown the last few years I was there, doing theatrical things.”

Distancing herself from a world defined by masters like Milton Babbitt–a renowned “uptown” composer of electronic music–Ives played in the orchestra pit for The Phantom of the Opera on tour, but she could be resistant to popular music.

“I was part of the system that was judgmental if something had tonality, if it was appealing,” she says. “It was almost like, ‘Oh, it better not be accessible.’ Being shaken loose of that, free of that, was what created the conditions to have this renaissance I’ve been having as a composer.”

That renaissance has given rise to creations that can be blissfully hummable—as anyone who has grooved to the looping, throaty strains of Ives’ Shard can attest—but beautifully test the boundary between notes and sounds. Listen to the sliding vocals of …black snow, dark ocean…, for instance, and you will hear not only a chorus, but the oozing of glaciers withering under the weight of climate change.

When Ives was in college—she received her DMA from the Manhattan School of Music—she found out that her great-grandfather’s cousin was the legendary modernist composer Charles Ives. He’s one of a long line of familial music influences that includes Ives’ mother, a violist, and her father, a judge and coach for the Barbershop Harmony Society.

Ives remembers singing four-part harmonies on childhood car trips. “A lot of it was barbershop songs and things like I’ve Been Working on the Railroad,” she says. “As the oldest of four girls, I ended up having to sing the tenor part. When we got older, we found out that I was the high soprano in the family.”

It’s no surprise that Ives spent her early years singing—the seamless fusion of cello and voice is one of her signatures. Singing has allowed her to achieve the emotional clarity of popular music, but there’s an eerie subtlety to the way she weaves vocals through her work that keeps the audience from becoming too comfortable.

Ives leads an epically busy life. In addition to serving the Oregon Symphony’s principal cellist and teaching chamber music at Lewis & Clark college, she is collaborating with poet and storyteller Ed Edmo (Shoshone/Bannock) and photographer Joe Cantrell (Cherokee) on a piece called Celilo Falls: We Were There, which will premiere in June.

Yet when I spoke to Ives about five compositions that have shaped her style, she radiated the relaxed cheerfulness of an artist too exhilarated by her art to be harried—and the anxieties of those New York years seemed far away. She knew who she was.

The Portland Cello Project commissioned this quartet, which Ives helped perform at a beautiful and challenging venue: Bridal Veil Falls.

“When we were actually doing that, we could barely hear ourselves. It was so loud. For us, it was a very waterfall-centric experience. It’s not like we couldn’t hear ourselves at all—just not at the level of detail you want so you feel like, ‘This is how I make a polished performance.’ It was more like, ‘Well, we’re together,’ and then just trusting that it would come out of the microphone as we intended. Which it did.”

Sarabande from Suite for cello and vocal obligato

Ives sought inspiration from Bach to create this piece, an intricate intertwining of cello and voice.

“In English, [obligato] sounds obligatory, but it’s the opposite. It’s optional, ironically, but it really isn’t. I have to confess that some of those movements would be pretty thin without the vocal part. When I’ve done it live, I’ve had people say, ‘I literally couldn’t tell [the difference between your voice and the cello].’ That was the creative spark for the whole thing.”

Unable to find any cello pieces about climate change, Ives decided to write her own.

“I don’t even remember where it started, except I remember going down a rabbit hole on the internet and seeing discussion of the impact that climate change is having on the Arctic indigenous people, because the Arctic is warming three times as fast as the rest of the planet. They just have a much more detailed understanding of how things are changing in the Arctic because it’s their home. Mostly [in …black snow, dark ocean…], the voice is representing people and the cello is representing the natural world.”

In All Our Names

Commissioned in honor of Beethoven’s 250th birthday, this piece for alto flute and piano used cipher techniques, which use logical relations between letters and pitches to transform words into music.

“Another thing that was really creatively healing to me in this was that I used something that could have been really gimmicky, which was that cipher basically spelling that quote from Ta-Nehisi Coates: ‘And it is so easy to look away, to live with the fruits of our history and to ignore the great evil done in all of our names.’”

“There have been other times that I tried to write a piece that was rooted in these kinds of conceptual ideas, but it never transcended the gimmicky. It didn’t take flight. Something has to happen where the elements are transmuted into something new in relationship to each other. And I feel like that happened with [In All Our Names].”

The N’Chewana movement from Celilo Falls: We Were There

While writing music meant to evoke Celilo Falls, the tribal fishing area that was flooded by the construction of the Dalles Dam in 1957, Ives was summoned to the Klickitat Yakama dip netting site by Martha Cloud, a Yakama Elder who told her, “You need to hear this sound.”

“Getting to hear the waterfall, feel the vibrations in the rock—that was really important. That was really profoundly hopeful and moving. There’s the roar of the waterfall. That’s the one that people who were there before Celilo Falls was flooded in 1957 talk about—the amazing sound, what a huge roar it was. You have to think about Niagara, more like that.”

“You can’t be too literal—you have to evoke the feeling—but you can’t be afraid of being literal when you’re trying to depict a place and the sound of a place. At least for me where I am now, if I don’t trust my instincts, nothing is going to work.” 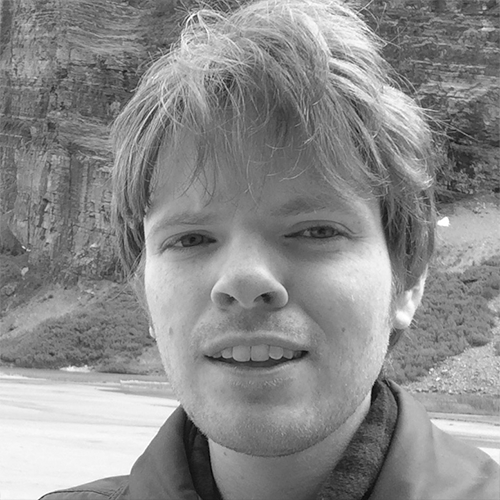